The new organisational structure of Benetti starts to take shape following the recent appointment of Franco Fusignani as CEO, with the arrival on the team of Sebastiano Fanizza as new Chief Commercial Officer and Nick Bischoff as Country Manager for Benetti Americas. 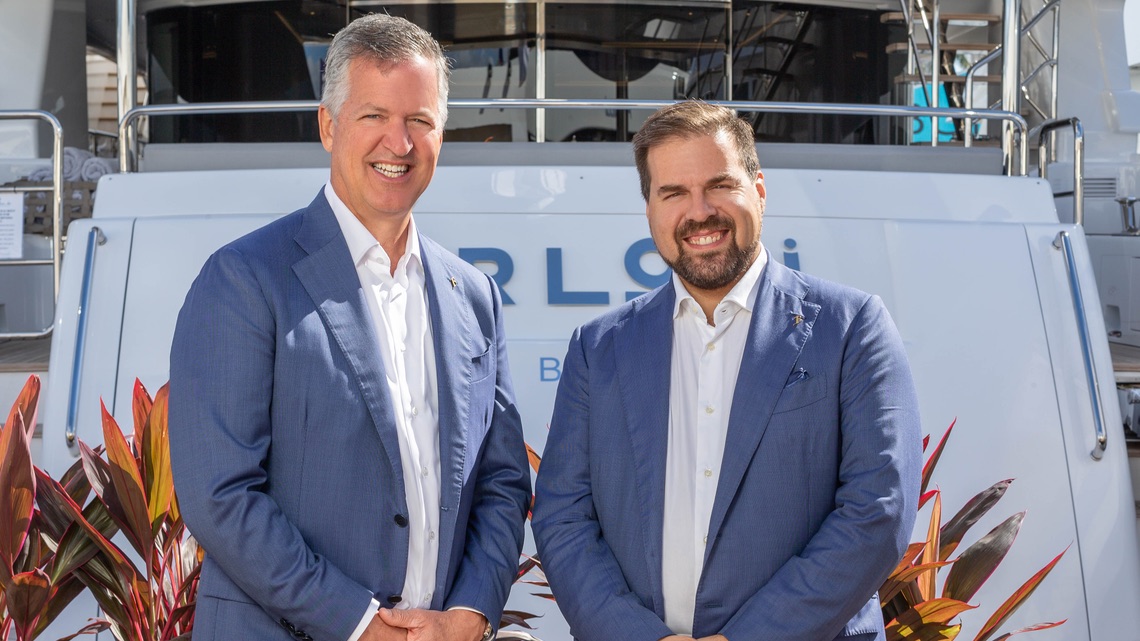 As part of the process to consolidate the presence of Azimut|Benetti Group on strategic foreign markets, Benetti announces the appointment of Sebastiano Fanizza as Chief Commercial Officer and Nick Bischoff as Country Manager for the Americas.

Fanizza, who began acting in his new capacity last October 22nd and reports directly to the CEO, has a mission to pursue the company’s commercial strategy development programme, as well as holding responsibility for brand positioning and development activities.

With a degree in mechanical engineering, he began his professional career as an engineer for Iveco. He then joined Azimut Yachts in the role of After Sales Manager, occupying management positions of growing responsibility at international level before finally becoming Sales and Service Director for the EMEA and APAC regions. After a parenthesis of about three years in Nautor’s Swan as Commercial and Business Development Director, Fanizza now returns to the Azimut|Benetti Group, with the goal of building up the Benetti management structure.

Roberto Corno, after closing numerous sales during his thirteen years at Benetti, including a giga yacht over 100 meters in length, has been appointed Vice President Benetti Sales CIS & East Europe in the new Benetti Sales structure. He will report to Fanizza and work to develop what is a very familiar market for him, having contributed over the years to strengthening the Company’s commercial penetration in this area. His mission is to consolidate Benetti’s market presence and seize further existing development potential.

Another new arrival, also reporting to Fanizza, is Nick Bischoff who began work as Benetti Country Manager for the Americas since October 1st. He has been set the task of structuring the Sales area in North, Central and South America, of strengthening the Brand’s presence and of seizing the untapped development potential in this strategic market. With this new addition, the Benetti Sales team can rely on the yacht market expertise and networking experience gained by Bischoff during his many years in top commercial and management roles at leading international yachting businesses.