Livorno and Tuscany played host to the first leg of the 19th Benetti Yachtmaster, an event organised for superyacht captains and industry professionals. Update and networking sessions alternated with opportunities to exchange views. The event, which took place from January 30 to February 1st, 2019, was preceded by the Palma de Majorca Roadshow last November and will continue with an exciting tour of the yachting world’s most stunning locations, calling in Turkey, Greece and Australia, before ending in Fort Lauderdale next May. 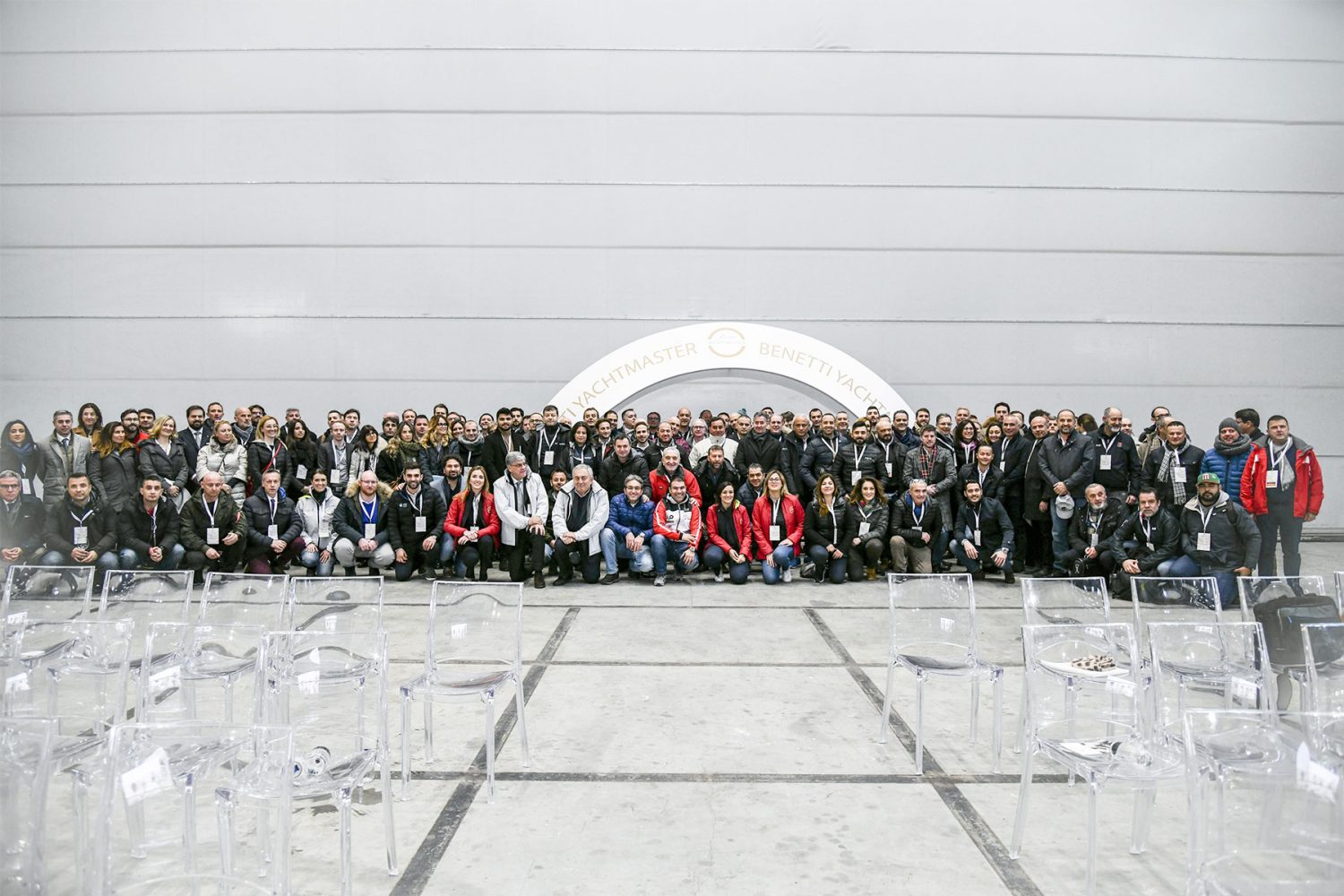 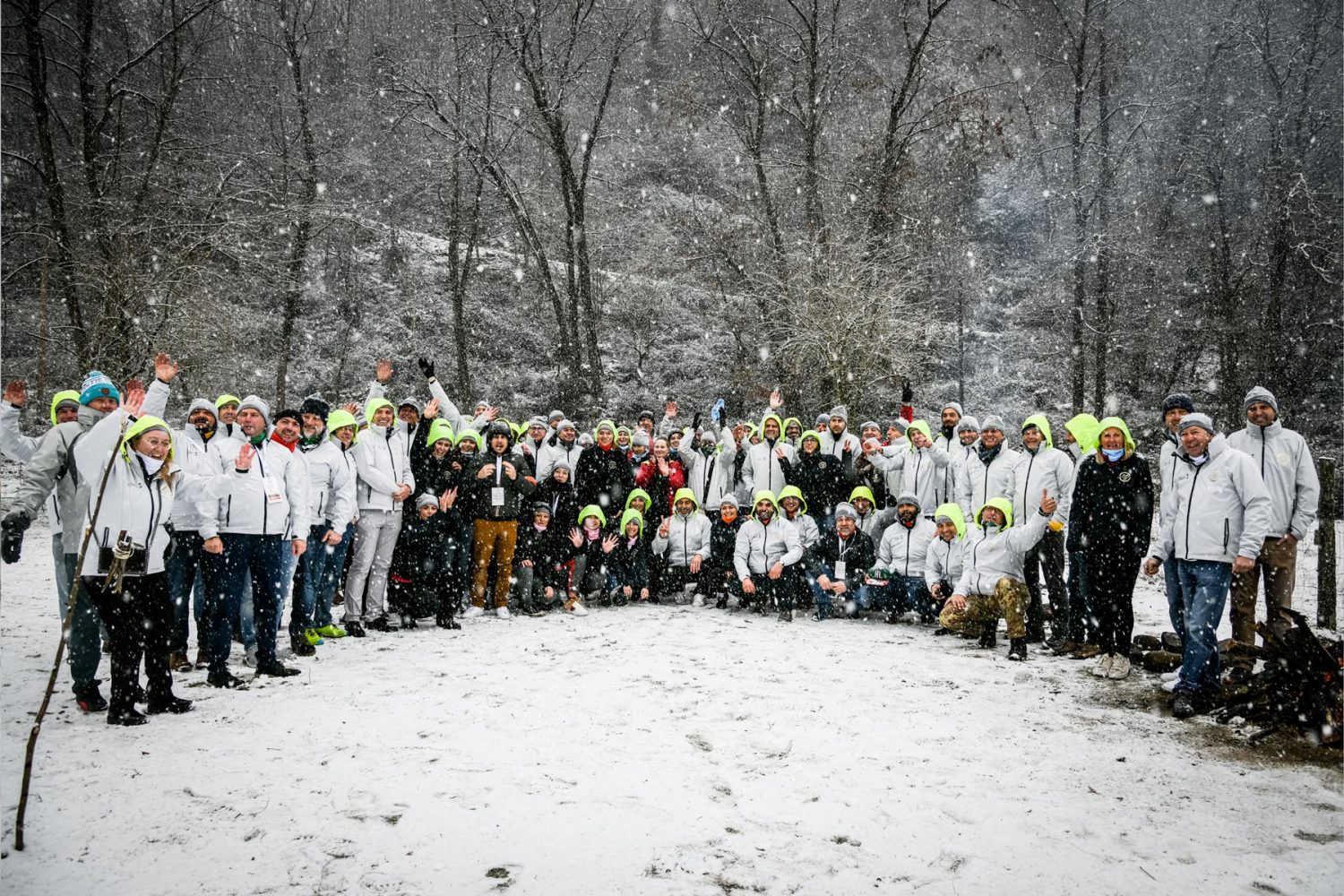 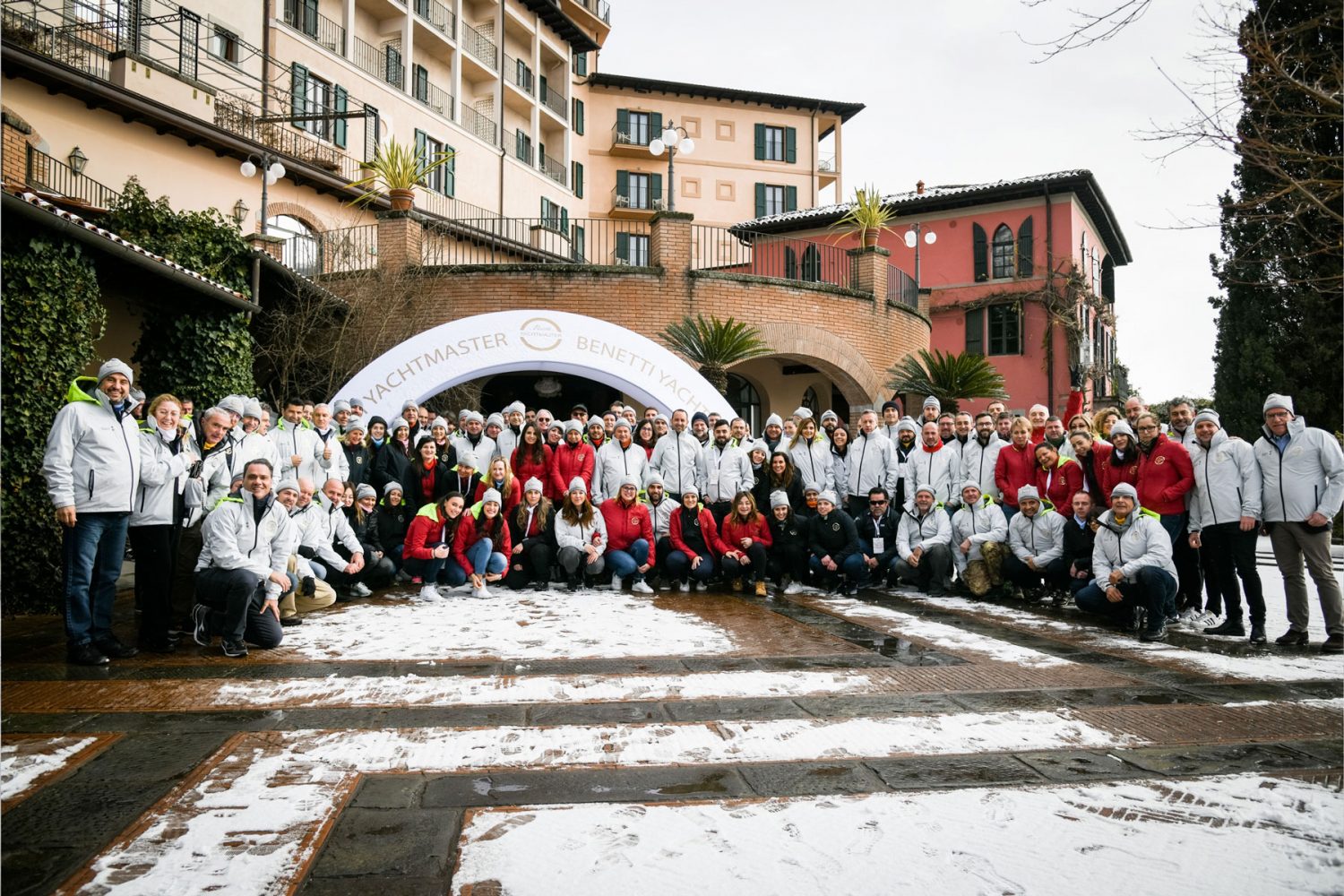 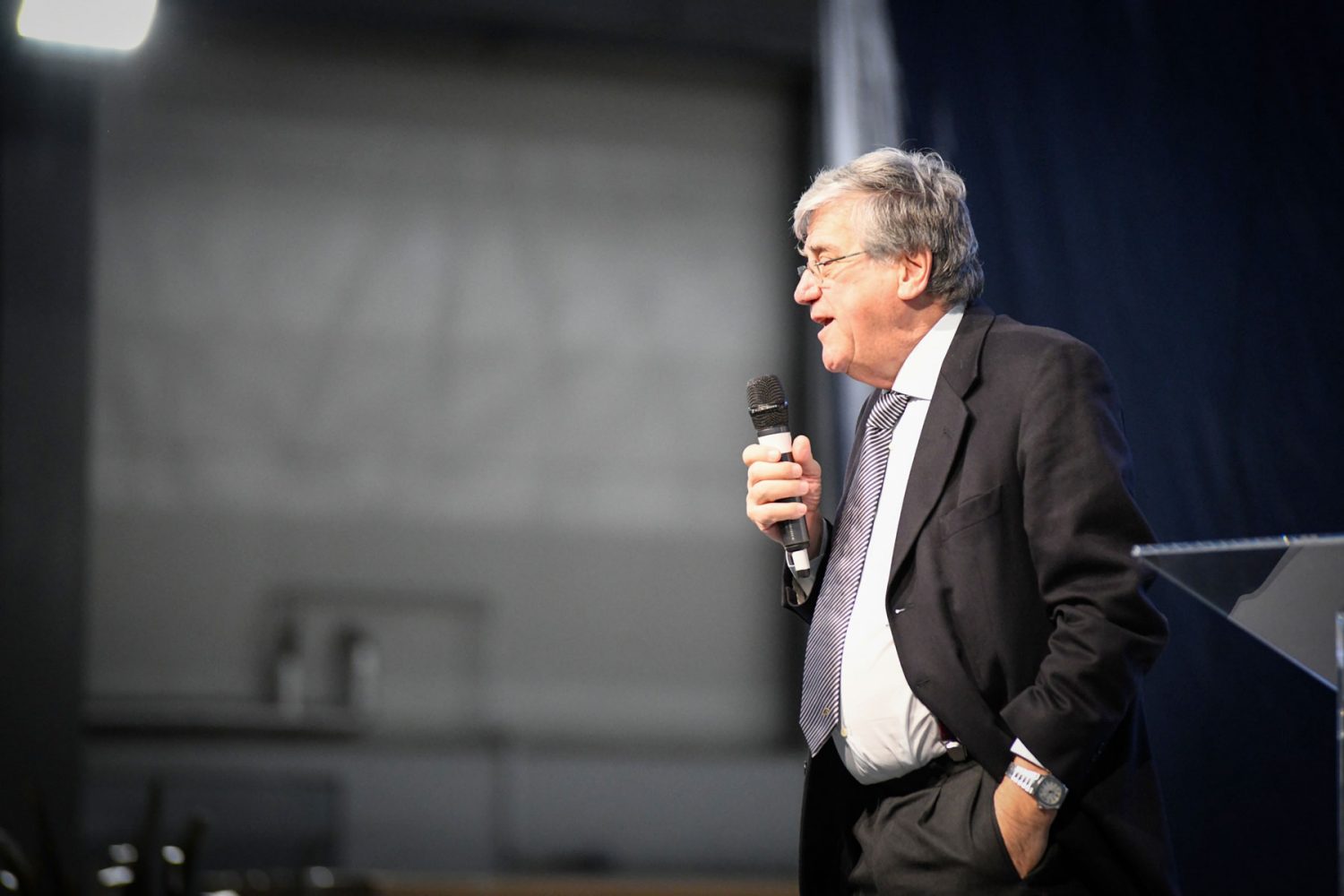 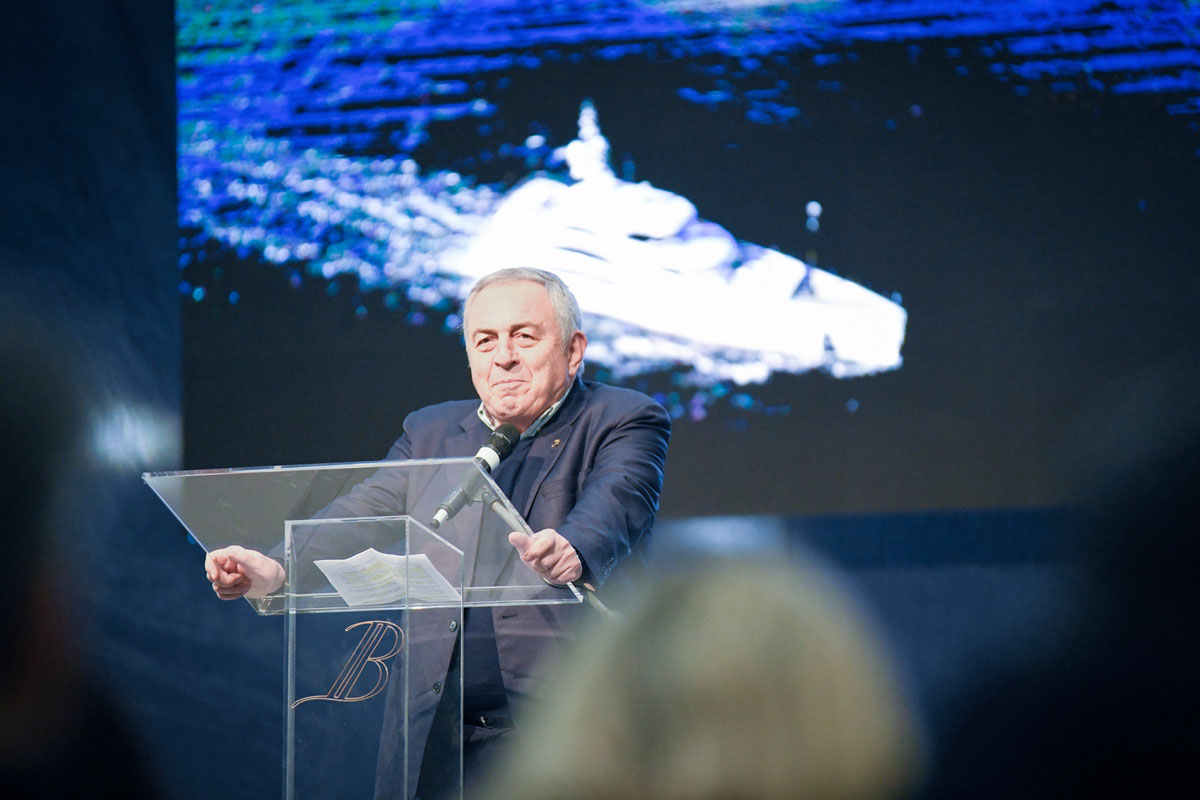 The 19th Benetti Yachtmaster was launched under the banner of the number 19, which is this year’s “magic number” for the Group: there have been 19 editions of Yachtmaster so far; Azimut|Benetti Group has won the Global Order Book for the 19th time; and 2019 is the year of Benetti’s “Giga Season”, which puts Benetti at the forefront of the international yachting industry, with the launch and delivery planned of three giga yachts over 100 meters in length.

The opening ceremony for this edition, held at the Group’s Livorno shipyard, was transformed into a unique event by the appearance of the company’s top two corporate officers: Azimut|Benetti Group Chairman Paolo Vitelli and Benetti Business Line CEO Franco Fusignani.

On the morning of January 30, with over 200 attendees, including captains, surveyors, paint inspectors, owner’s representatives and stewardesses from Greece, Turkey, Russia and South America, the event got underway with a speech by Paolo Vitelli himself. In it, the Group Chairman reminded his audience of the importance of Yachtmaster, a unique event in its genre that brings together all the skill profiles found in the yachting business, cementing the ties between owners, captains, crews and the shipyard.

Vitelli also thanked Fraser, Lusben and Yachtique which, together with Azimut and Benetti, form a solid Group that offers across-the-board service for yacht enthusiasts. “Being here with you, in our beautiful shipyard, is a source of great pride for me”, the Group Chairman said in conclusion. He was followed by CEO Franco Fusignani, who focused on Benetti’s production capacity, with plans this year to build and launch 20 yachts at the company’s Viareggio and Livorno shipyards.

Next up, during the “Owner’s team perspective” session for Benetti captains, expert international broker David Seal interviewed Mario Lodovico Salani, captain of a 43-meters CRN yacht, and David Davidson, the captain of the M/Y Metis, a 63-meter custom Benetti launched in November and scheduled for delivery in the coming months.

Both drew attention to Lusben’s ability to host and manage refit operations, as well as dwelling on Benetti’s skill at communicating the state of advancement of work involving owners, surveyors, captains and suppliers.

The morning sessions were ended by Sara Jane Skinner, Head of Partnerships at Blue Marin Foundation, the no-profit organisation backed by Benetti that has a mission to create protected marine areas and promote sustainable fishing.

In the afternoon, before making their way to the “Il Ciocco” resort in the beautiful hills around Lucca, guests were accompanied on an interesting tour of the Livorno shipyard for a first-hand look at how Benetti superyachts are built. They then attended a series of meetings and demos with the sponsors: Sevenstar Yacht Transport, DYT Yacht Transport, Slam, Boero, Jotun, Awlgrip, Viraver, Peninsula Petroleum, Rolls-Royce, Lusben, CMC Marine, SeaSatCom, Fraser, Yachtique, RINA, Cat, Naiad Dynamics, Guest Program, Acqua dell’Elba, Christofle, Versilia Supply Service, Valletta Superyachts and Moto Morini.

The second day of the event involved open air team-building activities with a focus on survival in extreme conditions, followed by workshops of special interest to captains and other professionals.

The meeting entitled “The human factor in marine weather forecasting”, mediated by Gianfranco Meggiorin and Daniele Vitri from marine meteorological observatory Navimeteo, highlighted the importance of the human factor in interpreting forecasts.

The seminar “Crew crisis: your legal resources”, presented by Maxim Brégon from Fraser Yachts and by Tom Becker and Adrian Ogier from Oceanskies, a yacht and airplane registration consultancy, illustrated how to tackle situations from a legal standpoint.

The second seminar, “Risk awareness, strategies and services for risk reduction”, moderated by Giorgio Gallo and Enrico Ursomando from RINA, described the strategies and services available to reduce the risks involved in the management of onboard personnel. Finally, Daniela De Marco from Fraser Yachts, with the participation of Ezio Vannucci from tax consultancy Moores Rowland Partners, and Clayton Fenech and Niki Travers Tauss from Valletta Superyachts Network, an agency based in Malta, presented the workshop “Update on VAT and customs in yachting”, with up-to-date professional advice about VAT and the necessary customs documentation.

At the end of this profitable day, guests were invited to a special party with the Divine Comedy by Dante Alighieri as its theme.

All the workshops were repeated the following day to give those guests who were unable to attend the first session the chance to learn about the subjects discussed.