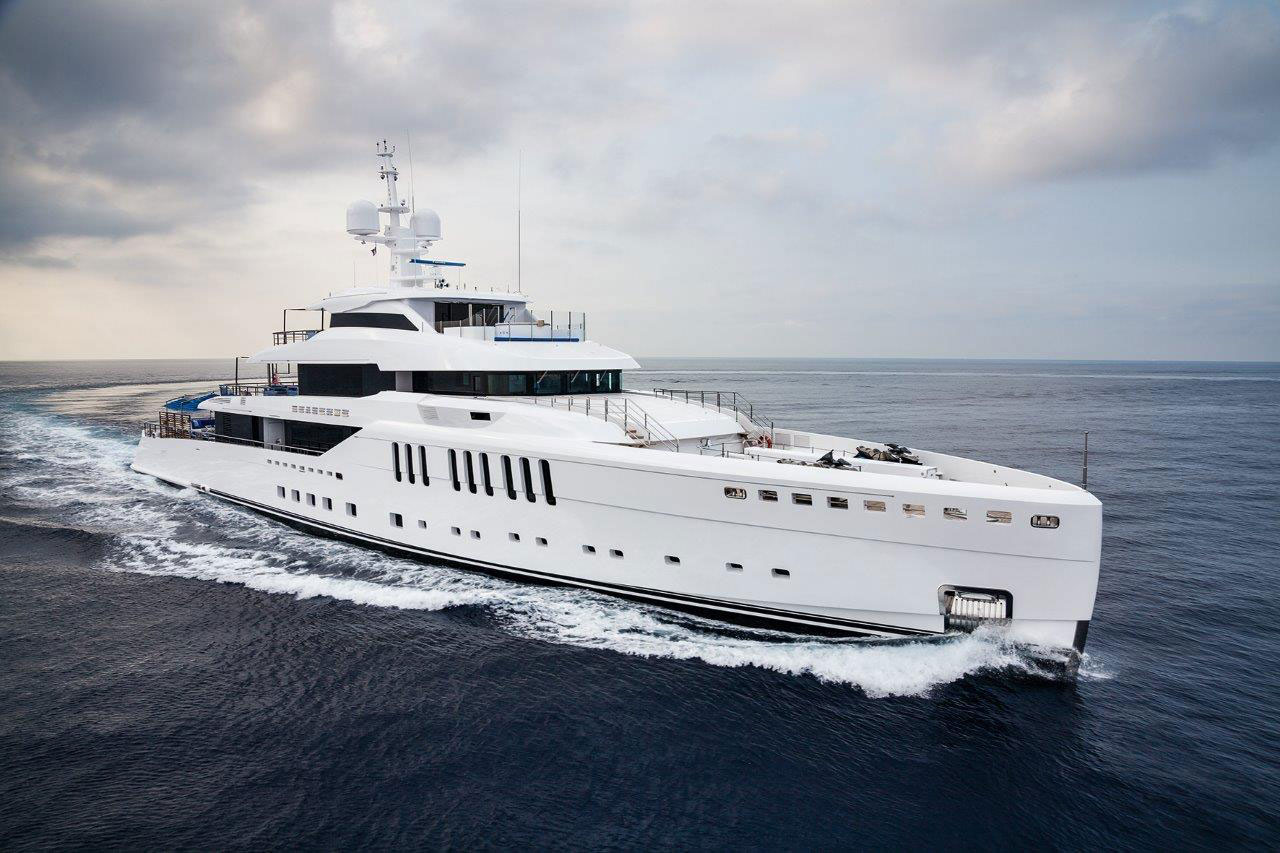 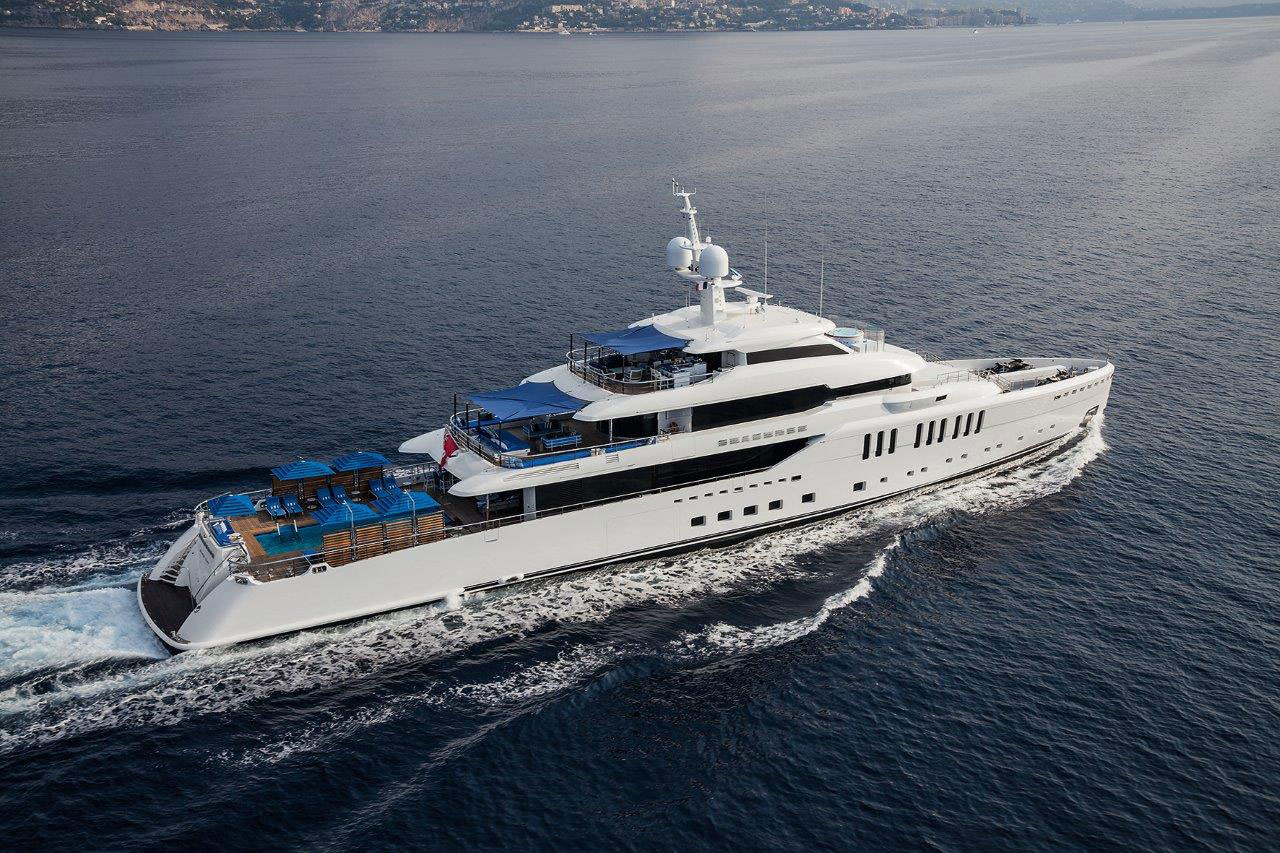 Benetti’s full custom M/Y Seasense is a decidedly original yacht. Its unusual features include the Benetti Beach Concept and the indoor-outdoor veranda, both on the Main Deck. The interiors, on the other hand, are characterised by the use of colour as a décor element and by over 100 different materials.
The yacht will be presented at the upcoming 2017 Monaco Yacht Show.

Delivered to the owner at the end of July 2017, Seasense will be given its world premiere at the Monaco Yacht Show, which runs from September 27 to 30, 2017. The 67-meter full custom superyacht, built at Benetti’s Livorno shipyard, has a steel hull and an aluminium superstructure. The exterior design is by Dutch designer Cor D. Rover, working with Benetti for the first time, who has successfully interpreted the owner’s ideas. The designer’s personal touch can be seen in many of the boat’s features, not least the high, narrow vertical windows along the side walls, as well as in what he has termed the Benetti Beach Concept: the area in the stern section of the main deck with a swimming pool (10x4m) that can be covered with carbon fiber and teak planks and converted into a basketball court.

The continuity between exterior and interior settings is a recurring feature on M/Y Seasense. The Main Deck contains an indoor-outdoor area, with a table seating 12, which connects the outdoor space with the TV lounge indoors through a system of sliding doors. The floor-to-ceiling windows that open completely and the cutaway gunwales next to them offer a 360-degree view out over the sea, while the backlit wood cladding gives this space a sensation of warmth and intimacy.

Los Angeles based design firm Area and Benetti’s team of architects have designed interiors that can accommodate up to 12 people. The “sense of the sea” is ever present, recalled constantly in all the interiors by the expert use of multiple blue colourways. The materials have been meticulously researched to create unique furnishings, including the four varieties of wood proposed in the cabins, or the marble and carpets used in the bathrooms and in in the internal areas’ floors.

On the Main Deck, the TV lounge has access to the lobby and the grey Antartide Marble spiral staircase in it, featuring evocative under step lighting and a blue wooden structure with steel inserts that harmoniously follow the dynamic progression of the stairway.

On the right is the VIP cabin and, further forward, the owners’ apartment, complete with chaise longue, twin walk-in wardrobes and a bathroom with shower and tub. The ceiling is over 3 meters high. The owners are enthusiastic art collectors and specifically asked for a huge steel chandelier/sculpture, measuring 2.7 x 2.2 m and commissioned specifically for Seasense, to be installed in the cabin.

The four guest cabins and respective bathrooms are situated on the Lower Deck to offer more privacy.
On the Upper Deck, in addition to the bridge and the captain’s cabin, is a second saloon. This more formal area than the one on the Main Deck is split into a living area, an office space and a bookcase, plus another day area further aft, furnished with sofas and sun loungers. The dining space is in a circular veranda with a table seating 12. The Sun Deck has a covered, fully-appointed gym with access to the conversation area furnished with sofas, an American bar and a wood-burning pizza oven. The garage in the centre of the yacht is home to a limo-tender specially designed by Giorgio Cassetta.

The two Caterpillar engines (1,380 kW each) deliver a top speed of 15.5 knots, while the yacht’s range stands at around 5,000 nautical miles at a cruising speed of 12 knots.